Publicly funded operations are usually assessed using the three e’s: efficiency, economy and effectiveness. In Finnish legislation, the principles of good governance are included in the Administrative Procedure Act.  The Act does not separately mention efficiency, however, but public authorities and other providers of public services can be expected to be efficient without any specific legislation stating so.

Efficiency is specifically mentioned as one of the five political principles in the White Paper on European Governance. Efficiency means on one hand economic efficiency of an authority or the achievement of objectives by using as little resources as possible. On the other hand, it also means flexible and error-free operations of a public or private party. According to the requirement of efficiency, a public party should consider not only its own expenses but also the expenses of other parties.

The instructions are not always followed, however. One example of how the assessment of financial expenditure of the different parties involved has been realised by only considering the financial impact on the public sector is a Government proposal on amending the Act on Child Custody and Right of Access (HE 88/2018 vp), where the effects on central and local government finances have been assessed at the level of changes to single data systems and the effects on the finances of citizens and households have been practically overlooked, even though the regulation specifically involves individuals and households.

When drafting legislation, performing preparations which ensure that defective or unfinished preparation will not cause unnecessary expenditure is the key. In its opinion on the above-mentioned Government proposal (StVL 6/2018 vp), the Social Affairs and Health Committee states that the proposal has been prepared in a silo and connections to other laws have not been considered, even though the problem has been identified and pointed out. The committee proposes taking into account other laws in the preparation process without delay.

The expectation of the operations of public authorities being effective becomes concrete in performance guidance. The insistence on efficiency can be divided into two parts, a social effectiveness objective and an expectation of operational efficiency. Emphasising impact on customers and improving the profitability of the operations of public authorities have been key priorities when developing public administration.

The effectiveness objective and the functional efficiency objective must be reconciled with the other principles of good governance. Customers attending to their administrative business must be able to access administrative services in a appropriate manner and the authorities must be able to perform their duties in a manner which ensures that the desired results can be achieved. The significance of this reconciliation process is especially pronounced when public sector structures or administrative operating models are changed. The general trend is transferring more and more duties from public authorities to private parties. Meanwhile, administrative operating models are being digitised, which is well justified and supports the improvement of profitability through scalability.

Increased functional efficiency will offer the authorities the opportunity to provide the same services with less resources or invest in development of the operations. In the case of organisations structured as companies, the goal is to generate profit for the shareholders, unless the articles of association otherwise determine. In such a case, increased operational efficiency will increase the opportunity to distribute profits and make investments.

Decisions on the rearrangement of services or operations should not be based on the wrong motives. In the case of an organisation structured as a company, the generation of profit to the shareholders is a completely acceptable starting point. The expectation of improved efficiency and the goal of generating profit for the shareholders can, however, require some balancing of the goals of the current task.

When services are being realised through private parties, the public sector aims for cost-efficiency and the opportunity to distribute risks. Similarly, the private parties aim for reasonable profit at the very least. When arranging the operations, the key issue is how the regulatory framework ensures that all the aspects of good governance are considered. The nature of the service being offered and the scope of discretionary powers influence this, in particular.

Especially in the case of services where extensive discretionary powers on a case-by-case basis are emphasised, there is a special risk of the consideration process being influenced by factors other than the transparent, identified ones. Considering the principles guiding the operations, accountability and transparency, is important in the case of such services.

Improving the position and conditions of a specific group requires financial investments and making choices on how to allocate the limited resources. Meanwhile, an emphasis on efficiency may cause maximisation of the impact of operations without taking into account the weaker position or conditions of the specific group. This weighing is something you have to do especially in the field of health care when deciding on which resources will be allocated to conditions that are severe for the affected individuals but generally rare. Similar weighing must be done when assessing which services should be offered in remote areas or for individuals who are otherwise difficult to reach.

In an external audit of general government finances, the auditor expanding the assessment perspective in the same way to cover value-based issues in addition to efficiency, economy and effectiveness is not justified. These have a major effect on audits of general government finances, but their impact and significance should occur through criteria determined by legislator.

On a leave of absence until December 31, 2023 marko.mannikko@vtv.fi 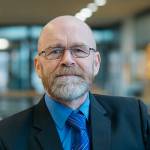