The NAOF underlines that central government assets must be managed systematically and according to long-term strategic goals.

Central government assets very often also have other purposes than merely providing yield. Ownership may be strategically important, for example, in the case of energy sector holdings, and it may involve social functions through monopoly. State-owned land makes it possible to provide recreational services, while the building stock may involve historical value. The NAOF underlines that central government assets must be managed systematically and according to long-term strategic goals.

‘Short and long-term goals are competing for attention in politics. People are attracted by promises, the fast food of politics – initially tempting, but ultimately empty and unsatisfying. Decision-makers have a greater amount of high-quality information at their disposal than before, but it can be challenging to utilise the information in the rapidly changing environment. However, a long-term perspective is crucial in central government operations,’ says Tytti Yli-Viikari, Auditor General of the NAOF.

When considering divestment of assets in order to finance expenditure or new investments, central government should also examine other alternatives, such as debt and borrowing. It should be observed that after divestment, assets no longer yield profit.

At present, the National Pensions Fund holds a fifth of central government assets. The fund, whose value is high, has been used as a kind of buffer savings fund. The assets of the fund have been used to balance the budget, and transfers larger than planned have also been made to it in good times.

‘The target size set for the National Pensions Fund by law is problematic now that the target is about to be reached. The investment strategy of the fund may overemphasise prudence, which may weaken its yield,’ says Yli-Viikari.

Digitalisation makes government services independent of time and place. This improves operational efficiency and saves time and costs for everyone. Successful digitalisation is based on up-to-date legislation and efficient utilisation of the leeway it offers.

Read more about good governance and the audits conducted by the NAOF: VTV.fi 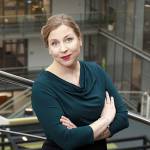