The objective of the audit is to assess the performance of ARA’s tasks, the effectiveness of its activities, and its risk management. In addition, the audit assesses the activities of the National Housing Fund (VAR) and the State Treasury in so far as they relate to the activities of ARA or VAR. The audit topic is of considerable significance to central government finances. The National Housing Fund had a subsidized loan capital of EUR 17 billion, of which EUR 12 billion consisted of subsidized loans to housing corporations and EUR 4.1 billion of ASP loans. The subsidized loans granted by ARA in 2020 amounted to EUR 1.617 billion. 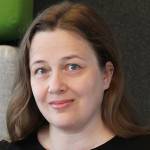 A significant part of Finland’s development aid is channelled through Finnfund. In the audit, the NAOF examines whether Finnfund’s investment activities and risk management have been effective. In addition, the NAOF assesses the functioning of the ownership steering of the Ministry of Foreign Affairs.

Report on the oversight of political party funding 2023

Each year, the NAOF audits political party funding and the government subsidies granted to political parties, i.e. party subsidies. The NAOF oversees that those subject to the disclosure obligation submit the disclosures prescribed in the Act on Political Parties on the funding they have received. The aim of the oversight is to increase the transparency of funding.

Effectiveness of the business service system 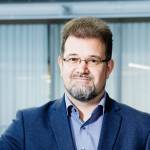 The audit examines whether the Ownership Steering Department of the Prime Minister's Office, which is responsible for the ownership steering of state-owned companies of strategic interest, and the Ministry of Finance have ensured that these companies’ risk management has been organized in accordance with the government resolution on ownership policy. In addition, the audit examines whether the Ownership Steering Department and the line ministries (the Ministry of Transport and Communications, the Ministry of Agriculture and Forestry, the Ministry of Defence, and the Ministry of Economic Affairs and Employment) have contributed to safeguarding the strategic interest in the companies and the continuity of operations this requires. In state-owned companies of strategic interest, the state ownership is based not only on investor interest but also on strategic interest. The latter may be based, for example, on national defence, security of supply, infrastructure maintenance, or the fulfilment of the universal service obligation. It is very important that the risk management of these companies is in order and that the continuity of their operations is safeguarded because their products and services can be central or critical to the functioning of society as a whole. 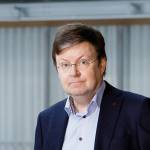 Related party relationships and transactions in the central government

The purpose of the audit is to provide information on the central government's related party relationships and to ensure that transactions with related parties have been carried out lawfully, appropriately and under normal terms and conditions and that the related internal control procedures are adequate. The audit of related party relationships and transactions is relevant in order to ensure good governance, transparency and lawfulness.

The fiscal policy monitoring team assesses the reliability of the economic forecasts prepared by the Ministry of Finance (MoF). This ex-post assessment compares the forecasts of the Ministry of Finance with the actual figures by using non-parametric methods. The forecast error distribution of the Ministry of Finance is examined and compared with other forecast error distributions of key budgetary forecasters. In other words, the aim is to focus rather on the accuracy of forecasts than only on the average of forecast errors and whether it has been statistically significantly zero. Forecasters have produced forecasts of general government deficit and debt ratios in accordance with the EU rules related to the European Monetary Union to a greater degree only since the early 2000s. The low number of observations reduces the efficiency of parametric statistical tests. For this reason, this assessment focuses on a non-parametric approach. The assessment relates to the revenue, expenditure, deficit and debt of the general, central and local government and the social security funds.

The NAOF audits annually the final accounts of central government, ministries, other agencies obliged to prepare final accounts, and three off-budget funds. The financial audit reports and a summary of the most important findings are published on the NAOF's website. The reports will be published starting from March 2023 as the audits are completed. 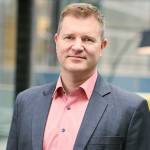 In its report, the NAOF will assess, for example, the General Government Fiscal Plan for 2024–2027, the progress of the objective to stabilize the government debt ratio, and the situation with fiscal regulation on the road towards normal circumstances. The NAOF reports on the findings of fiscal policy monitoring twice a year, in spring and in autumn.

The aim of the audit is to examine to whether the final central government accounts have been prepared according to legislation and whether the budget and budget provisions have been complied with. In addition, the NAOF audits whether the Government reports on the state of central and general government finances and the operational performance in its annual report as required by law.

Funding and steering of the digitalization of healthcare and social welfare 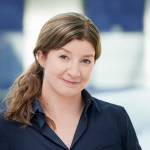 The audit is targeted at the government subsidies and protection compensations paid to private forest owners in the administrative sectors of the Ministry of Agriculture and Forestry and the Ministry of the Environment, and at the tax subsidies for private forest owners that fall within the responsibility of the Ministry of Finance. The aim is to assess the criteria of each of the subsidy schemes examined as well as to make a cross-sectoral assessment of the coordination and combined effects of the different subsidy forms, with special focus on their impacts on biodiversity. The direct expenses of the audited subsidy and compensation schemes to the central government amount annually to approximately EUR 200 million. They also have potentially significant indirect impacts on the national economy. The issue is topical because ambitious targets have been set for the protection of biodiversity with a deadline in 2030.

Steering, financing and effectiveness of the management of water resources and marine environments

The audit examines how the central government has tried to ensure the effectiveness of the management of water resources and marine environments in Finland and the use of central government funds allocated to them, and how this has succeeded. Eutrophication caused by nutrient loading is the single biggest problem in the inland and coastal waters of Finland, and most of the nutrient load comes from agriculture. Therefore, the audit pays particular attention to the effectiveness of the activities aimed at reducing nutrient loading in agriculture and to the steering measures public administration has taken to address the challenges identified in them. The purpose of the audit is to provide Parliament, public administration and the relevant stakeholders with information that can be utilised to ensure the effectiveness of the river basin management plans, the marine strategy and the related programmes of measures adopted by the Government in 2021. In addition, the results can be used in the forthcoming updates of these plans and programmes. The audit is mainly targeted at the Ministry of the Environment and the Ministry of Agriculture and Forestry. In 2015–2022, approximately EUR 210 million in total have been allocated to water resources and marine environments management in the budgets of the Ministry of the Environment. In the same period, the Ministry of Agriculture and Forestry has allocated approximately EUR 2 billion to activities that have at least partly had objectives related to the promotion of water resources and marine environments management. Environmental compensations for agriculture account by far for the biggest part of the amount.

In its report, the NAOF will assess compliance with the fiscal rules, the achievement of the objectives set, the preparation and implementation of the General Government Fiscal Plan, compliance with the central government spending limits, the realism of the forecasts of the Ministry of Finance, and the fiscal policy stance. The NAOF reports on the findings of fiscal policy monitoring twice a year, in spring and in autumn. 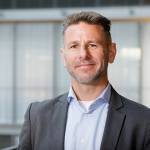