Finland is one of the first countries in the world to start developing so-called phenomenon-based budgeting to support sustainable development. The Finnish Governments have included sustainable development budgeting in their action plans. The issue has been discussed by a working group set up by the Ministry of Finance, and the Parliamentary Committee for the Future has underlined the need to promote phenomenon-based budgeting.

Many other countries have also adopted similar new kinds of approaches to supplement conventional budgeting. Several countries are taking their first steps in sustainable development budgeting. Some countries are developing wellbeing budgeting or equality budgeting. In addition to performance budgeting, the OECD has been developing tools to support governments especially in gender budgeting and green budgeting. The approaches taken by different countries differ from each other in their focus and scope. There are also differences between the methods of implementation. Moreover, the terminology is not yet fully established. “Phenomenon-based budgeting”, for example, is a translation from Finnish and not a term generally used internationally.

However, the different approaches have a common denominator. The aim of all countries is to respond to such complex societal questions or phenomena that cannot be solved by a single administrative branch – and to do this more comprehensively, systematically and in a manner that extends beyond the conventional sectoral boundaries of the budget structure. Such phenomena include, for example, wellbeing, social inequalities and the climate change.

The benefits and challenges of phenomenon-based budgeting are understood quite similarly both in and outside Finland. Phenomenon-based budgeting can improve the knowledge base of decision-making as well as the overall picture. It can also promote policy coherence and increase the efficiency of resource use. It increases transparency and the Government’s and public administration’s accountability to citizens.

The biggest challenge to phenomenon-based budgeting, in turn, is caused by the “silo structure” of the public administration. The ministries do not necessarily have a common cross-sectoral knowledge base related to a phenomenon. There are territorial disputes and partial optimization related to common goals and the use of appropriations for the benefit of a single administrative branch. The new approach also requires commitment from the top-level senior public officials. In the early stages, in particular, it is also necessary to focus on the development of practices and capabilities.

The ministries have different perceptions of phenomenon-based budgeting

Although the ministries in Finland are familiar with the term “phenomenon-based budgeting”, they perceive it differently. For some ministries, it represents an ongoing procedure where each administrative branch describes in its budget text how its measures promote the sustainable development and gender equality goals. A cross-sectoral summary is also made of the budget appropriations that have either a positive or a negative impact on the selected phenomenon.

However, most of the actors that the NAOF has heard hope that phenomenon-based budgeting would not only compile information but would also steer the allocation and use of appropriations. Most of them are also of the opinion that it would be important to consider not only the additional funding granted to a certain phenomenon but also the more permanent, statutory appropriations. Therefore, promoting phenomenon-based budgeting requires a shared understanding. Ultimately, the Government should set policy lines regarding what kind of phenomenon-based approach is to be developed and how.

The decision on phenomena should be taken at a high political level and, if necessary, extend beyond government terms

Based on the domestic and international material compiled by the National Audit Office, it is possible to point out different ways of promoting the phenomenon-based approach in Finland.

As part of the project for examining phenomenon-based budgeting, a report commissioned by the National Audit Office will be published on the climate objectives and the sustainability of central government finances. The report discusses whether Finland’s international obligations and the EU’s obligations for climate change mitigation should be taken into account in the longer-term planning and sustainability assessment of central government finances. 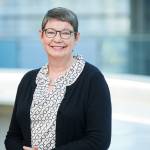