The income of the recipients of student financial aid increased and the degree completion times shortened, but the housing allowance reform cost more than expected. The use of student loans has increased in line with the objectives of the reforms, but at the same time students have more financial problems.

Based on the audit, significant unforeseen expenditure have arisen from the student loan compensation introduced in 2014 and the transfer of students from the housing supplement of student financial aid to the general housing allowance in the 2017 reform. The additional expenditure estimate made for the housing allowance reform had been exceeded by at least EUR 75 million by 2018 and the additional expenditure estimate for the student loan compensation by EUR 48 million by 2021. The expenditure on benefits targeted at students increased after 2017.

The overrun of the expenditure estimates is explained by the use of outdated information on students’ accommodation costs in the preparation of the housing allowance reform and the fact that more students than expected probably moved to more expensive accommodation after the housing allowance reform.  The student loan compensation, in turn, has increased the use of student loans more than expected. However, the student loan compensation is likely to shorten the degree completion times, which has a positive impact on employment and central government finances.

The audit findings suggest that the increased use of student loans has increased financial management problems, particularly among vocational students. The indebtedness of students may have a negative impact on employment and central government finances if debt problems reduce the incentives for young people to undertake further education after upper secondary education. The issue should therefore be examined based on registers. It would also be important to seek ways to increase the loan security of upper secondary students. 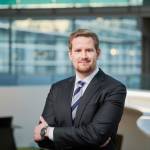 Preparation and implementation of the removal of incentive traps

In the removal of incentive traps, unemployment, income, bureaucracy, and information traps should be examined as a whole. The expertise of the implementers and the existing knowledge base should be utilized as widely as possible in the legislative drafting.

Transferring basic social assistance to the Social Insurance Institution of Finland: The significance of assessing the effects of implementation in the law-drafting process

As the amendments to the social assistance legislation were being drafted, an expert group identified major risks in the reform. These risks were not adequately considered in the Government proposal and, according to the audit findings, they have been partially realised during the first 2.5 years since the entry into force of the amendment. Partially as a result, the costs of processing basic social assistance at Kela are now significantly higher than originally anticipated.