The Russian invasion of Ukraine has had a wide impact on the management of public finances. The deviation from the spending limits decided by the Government due to the security policy situation is justified, but the deviation implemented has been defined broadly. It is important to bend the growth curve of the debt ratio even in uncertain circumstances, and therefore the Government should update its sustainability roadmap as soon as possible.

On 24 February 2022, Russia launched an invasion of Ukraine, starting a war in a situation where the economy had just survived the Covid-19 pandemic. The war immediately changed the economic outlook for the coming years. According to the business cycle heatmap produced by the fiscal policy monitoring of the National Audit Office of Finland (NAOF), the war weakened the economic development already in March. The public finances outlook for the next few years deteriorated. However, the general government debt-to-GDP ratio will remain considerably lower in the next few years than forecast in the first Covid-19 spring in 2020.

Due to the war in Ukraine, forecasts involve even more uncertainty than normal. According to the analysis made by the NAOF’s fiscal policy monitoring, the economic forecast of the Ministry of Finance, on which the General Government Fiscal Plan is based, is realistic. The forecasts of the Ministry fall within the prediction bounds formed on the basis other institutions’ forecasts.

When preparing the General Government Fiscal Plan for 2023–2026, the Government decided on significant additional expenditure due to the security policy situation. The deviation from the spending limits is justified to enable the necessary increases in expenditure. However, the deviation has been defined in broad terms, enabling also increases in permanent expenditure. Therefore, it is important that there are transparent justifications for including a certain expenditure item in the scope of the security policy deviation. In addition, it must be possible, if necessary, to distinguish such expenditure items from the expenditure normally falling within the scope of the spending limits.

Due to the war, the deactivation of the general escape clause related to the EU’s fiscal objectives has been postponed. Before returning to normal application of fiscal rules, the EU is discussing amending the rules. In the spring 2022 General Government Fiscal Plan, the national fiscal objectives were set in line with the independent forecast of the Ministry of Finance. The objectives are broad but meet the requirements set by legislation. On 28 April 2022, the Government issued an amendment to a decree, as a result of which it waived the requirement to include the local government expenditure limit in the General Government Fiscal Plan. Tracking the expenditure limit was already abandoned in 2021. As a result of the amendment to the decree, the General Government Fiscal Plan complies with the requirements set by legislation.

Employment measures are presented inconsistently in the ministries’ and the Government’s publications. Due to this, assessments of the total impacts of the measures and even of the achievement of the targets differ from one another.

Due to the Russian invasion, the Government did not publish an updated version of the sustainability roadmap in spring 2022. In 2020 and 2021, the sustainability roadmap set an objective for the general government debt-to-GDP ratio and discussed the measures needed to achieve the target. The sustainability roadmap should be updated as soon as possible to reflect the changed economic outlook. In order for the debt ratio target to be achieved, it is essential at least once a year to monitor the progress of the measures and the scale of the new measures required. It is probably impossible to ensure the stabilization or turnaround of the debt-to-GDP ratio by merely structural measures that are slow to impact. Therefore, it is also necessary to prioritize expenditure and overhaul taxation, and based on this, take discretionary measures to strengthen the central government’s fiscal position. The Government should assess whether sufficient information is currently available on public expenditure and taxation structures. If necessary, the information should be supplemented by, for example, various instruments or surveys, such as spending reviews. 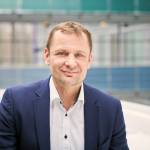 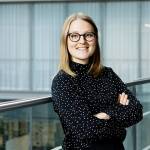 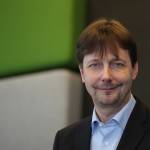 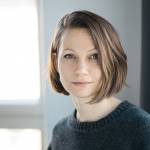 The heatmap provides a real-time picture of the Finnish business cycle.