The coronavirus crisis has challenged the conventional ways of working within the Government and public administration. The crisis has required comprehensive management of the situation and a completely new kind of operating capability. 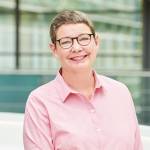 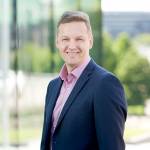 In March 2020, Finland implemented the Emergency Powers Act for the first time since the wars. The exceptional circumstances declared because of the Covid-19 pandemic lasted for three months. During this period, the Government issued Parliament with 14 decrees on implementing and extending the powers under the Emergency Powers Act and 44 proposals for legislative amendments. The proposals were related to, for example, the labour market, social security, business subsidies, freedom to conduct a business, provision of medicinal products, basic education, and traffic. In addition, the Government has already issued five supplementary budget proposals.

The crisis has required fast decisions, close cooperation, and flexibility

The coronavirus crisis has required an ability to make fast preparations and decisions. At the same time, it has also caused challenges to legislative drafting. For example, during the spring, Parliament referred legislative proposals back to the Government several times because of a formal error or some other defect, and the Constitutional Law Committee reprimanded the Government repeatedly for severe defects in informing Parliament. Nevertheless, errors and defects were remedied as they were detected. The crisis has been managed not only through legislation but also through various recommendations and instructions, which have been issued in exceptionally high numbers.

The crisis has also called for cooperation skills and joint responsibility – across administrative branches and levels. The Government has convened frequently. The cooperation between ministries has been coordinated by a group consisting of permanent secretaries and heads of preparedness. The coordination group is supported by a new Operations Centre, which creates a situational picture of the impacts of Government decisions and coordinates the work of different ministries’ corona groups.

It is still too early to assess whether the increased need for cooperation has improved policy coherence and the efficiency of resource use. The public debate has been mainly related to the problems in health security control at border crossing points. The reason for this is inadequate communication and unclear division of responsibilities in a situation with several competent actors.

The new ways of operating and innovations following the crisis may also offer an opportunity for renewal. Public officials have to a large extent switched over to teleworking. Together with new tools, such as the Koronavilkku contact tracing app, this may increase the public administration’s ability to utilize modern information technology and develop services based on it.

In addition to the health crisis, we must manage the financial crisis

The corona crisis has a huge impact on central and general government finances. The five supplementary budgets for 2020 have increased the appropriations in the state budget by EUR 10 billion from the regular budget. At the same time, the estimated revenue (without borrowing) has decreased by about EUR 6 billion. Net borrowing is assessed to amount to EUR 17.7 billion, while in the regular budget, it was assessed to be only EUR 2.2 billion. The National Audit Office of Finland (NAOF) continues to monitor the economic development and central government decision-making closely during the coronavirus pandemic. The visualization below, produced by the NAOF, illustrates the economic measures taken and their magnitude.

An exceptionally large amount of central government funds has been used for fighting the crisis and mitigating its effects. To ensure efficient crisis management, it is vital to find new ways of operating and to allocate resources rapidly. At the same time, it is also critical to ensure that fast operations do not lead to “short cuts” in administrative procedures or internal control. It is important to set clear goals for the use of appropriations and clear criteria for granting them. The importance of controls has been discussed in public, for instance in connection with the business subsidies granted by Business Finland.

The cost-effectiveness of the state’s financial management means that the targets set are achieved with as low costs as possible. The coronavirus outbreak has led to a simultaneous health, social, employment, financial, and fiscal policy crisis. Fighting the crisis requires the Government and public administration to be able to reconcile objectives of different dimensions and seek the most cost-effective tools. Key questions are to what extent central government has assessed the impacts and alternatives before selecting restrictions and support measures, and how different targets and measures have been reconciled. It is also important to be able to monitor the cost-effectiveness of the measures taken and, if necessary, to redirect them.

Decision-making must be based on knowledge

Successful crisis management requires up-to-date information on the situation, monitoring of the impacts of crisis management, and anticipation of changes. Simultaneously, focus is placed on the decision-makers’ ability to tolerate uncertainty, admit any errors made, and correct them.

In addition to the Prime Minister’s Office, several other actors have also compiled and produced information during the corona crisis. During the early stages of the crisis, a particularly important role was played by the information provided by the Ministry of Social Affairs and Health and the Finnish Institute for Health and Welfare on the infection situation and the sufficiency of the treatment capacity. However, the knowledge base has been expanded continuously – quite early on to also cover exit from the crisis measures and post-crisis management. These actions have been planned in a preparation team consisting of permanent secretaries and supported by a scientific panel, and in a separate group of economic experts. The COVID-19 research review of the Prime Minister’s Office compiles the latest research results on the coronavirus crisis. In addition, the investigation team of the Safety Investigation Authority will assess the management of the corona crisis and the lessons learned.

The quality of the situational picture, foresight and monitoring information can be assured by making it public. This enables critical assessment of the knowledge base. The Government has decided that all background information and calculations (including the assumptions and parameters used) on which the decisions are based should be published.

The management of the corona crisis has required a new kind of capability from the public administration and decision-makers. The future will tell whether the lessons learned during the crisis can be useful even in normal circumstances. Will the crisis increase the public administration’s agility and capacity to renew itself and to cooperate? Will the crisis strengthen the knowledge base and transparency of decision-making? Will it teach central government to better reconcile different societal objectives and measures in order to achieve a result that is as efficient, economic and effective result as possible in view of our wellbeing?