In order to get a more comprehensive picture of the outlook for general government finances, information would also be needed on shorter periods.

“The EU Commission and the Swedish Government, for example, also use a 15-year period in their assessments. The Ministry of Finance in Finland could also apply this method. Using different indicators in parallel generates more detailed information about the time frame of sustainability issues. This makes it easier to assess the necessary policy measures,” says Mika Sainio, Principal Fiscal Policy Auditor at the National Audit Office of Finland.

Because of the ageing of the population and the current low birth rate, it will continue to be important to get a true and fair picture of the outlook of public finances.

“In the present medium-term economic forecasts, the output gap estimates often need to be revised considerably afterwards, which weakens the reliability of the forecasts. The estimates should therefore be drawn up in a more comprehensive manner,” says Ville Haltia, Principal Fiscal Policy Auditor at the NAOF.

Read more about the publications:

Medium-term projections in the planning of general government finances

Read more about good governance and the audits conducted by the NAOF: VTV.fi 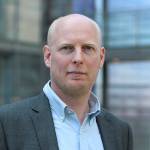