The state pension scheme is managed and overseen appropriately. Other pension schemes, such as the pension for the self-employed and the pensions for agricultural entrepreneurs, impose significant liabilities on the state that have not been identified or reported as part of the final central government accounts.

Conclusions and recommendations 1/2022: The state pension scheme and central government liabilities in other pension schemes
103.81 kb 07.04.2022

In the future, the state’s commitment to different pension schemes will cause considerable expenses for the central government and thus constitute a significant financial liability.

Pensions are a significant annual expenditure item in central government finances. In 2021, they totalled around EUR 10.2 billion, accounting thus for around 15% of the appropriations in the state budget. The appropriateness of the information reported on pensions is also important from the perspective of the knowledge base of decision-making: the final central government accounts should provide true and fair information on the liabilities arising from different pension schemes.

Based on the audit, it is concluded that the pensions for which the central government is liable are managed and overseen appropriately. The liabilities arising from the state pension scheme have been reported appropriately. 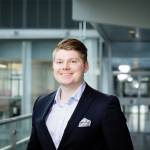 The returns generated by the State Pension Fund may be reduced in the future if its investment strategy will become cautious after the fund has achieved the targeted size. The State Pension Fund Act should be revised so that the problem can be solved. The National Housing Fund and the Development Fund for Agriculture and Forestry cannot operate as funds indefinitely because their financial income will decline in the future. The Development Fund for Agriculture and Forestry already relies on on-budget funding for its operations and this will also continue to be the case. The purpose of the audit was to determine whether the assets of the audited funds have been properly managed and whether arranging their operations as funds is justified. The funds are a major asset item for the State of Finland: about one quarter of all state assets (EUR 30 billion) are held by off-budget funds.

Financial liabilities of the government in international organisations