In the Faroe Islands, Finland, Iceland, Norway and Sweden, ambitious work is underway to simplify starting a business using digital services in the public sector. In a joint report, the National Audit Offices now find that much work remains before the objectives can be achieved.

In order to strengthen competitiveness and create the conditions for more companies, the governments of the Nordic countries want to simplify the process of starting new businesses. The digitalisation of services and case handling processes at the responsible authorities has been identified as an important tool.

The National Audit Offices in the Faroe Islands, Finland, Iceland, Norway and Sweden have carried out parallel reviews of the digital support for entrepreneurs. The project was based on identical audit questions that were examined in the participating countries. The restaurant industry was chosen as a case study, since it is an active industry involving many start-ups and it requires regulatory government and municipal contacts.

Among other things, the joint report shows that most of the Nordic countries are well placed in a European comparison of the degree of digitalisation in the public sector, but that much work remains to be done in digitally simplifying the processes of starting a business.

The report also states that it can still be a challenge for entrepreneurs to get a complete picture of what is needed to start a business, that e-services often are not sufficiently user-friendly and that the public agencies’ internal case handling systems are not effectively digitalised.

The areas that are most in need of further development vary between countries – from the need to introduce e-services for business registration to more sophisticated interactive solutions or pre-filled forms with personal information.

“The parallel audit showed that the progress in digitalisation in the Finnish public administration stands well comparison with the other Nordic countries”, says Tytti Yli-Viikari, General Auditor in Finland.

Common challenges include difficulties in sharing information between public agencies, as well as management and development of digital services, jointly owned by several public agencies.

The joint Nordic report: Making it easier to start a business 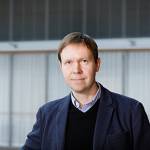 Making it easier to start a business

Although public administration in the Nordic countries is often used as an example of advanced digitalisation, much work remains to be done before the processes are smooth in all respects. The degree of digitalisation may also vary considerably between different public authorities in the same country.

Digitalisation and customer orientation are partially achieved in the case of services directed to new entrepreneurs. However, more attention should be paid to ensuring that the services genuinely consider the customer’s needs.