In its decision, the National Audit Office states that, based on an overall assessment, Yli-Viikari has breached her official duties laid down in the Act on Parliamentary Public Servants in such a manner that the NAOF has a particularly weighty reason as referred to in the Act to terminate Yli-Viikari’s employment relationship.

Yli-Viikari is currently suspended for the duration of the pending criminal proceedings. During her term of office as Auditor General, i.e. from 2016 to 2021, she was relieved of her post as Deputy Auditor General. 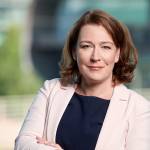