“The impacts of these measures should be assessed regularly during the government term. Fiscal policy needs a long-term perspective, and sustainability assessments should be extended to cover different time spans and different scenarios,” says Tytti Yli-Viikari, Auditor General of Finland.

A key method of balancing general government finances is improving the employment rate. Central government can support the labour market by different measures and experiments. Accurate information on their impact is needed to support the decision-making. The public authorities should also cooperate more closely to better meet the needs of different customer groups.

Under uncertain economic circumstances, one way of improving the employment rate is investing in the infrastructure. When the economy is stimulated by extensive infrastructure projects, it is important to assess the costs of investments in terms of their entire lifecycle Controlled lifecycle management of the transport infrastructure, for example, requires long-term funding.

In addition to its crisis-related activities, the public administration must also continue to prepare other decisions that are significant for society’s future, as structural reforms will continue to be needed. The significance of long-term action and foresight are emphasized under uncertain economic circumstances. According to Yli-Viikari, central government has operated extremely well in the exceptional circumstances.

“The success is attributable to competent and committed public officials, as well as the new operating models developed in central government. The same attitude will continue to be needed even after the corona crisis,” says Yli-Viikari. 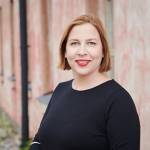 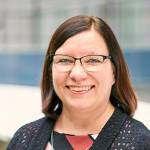