It is a statutory task of the National Audit Office of Finland (NAOF), as part of the auditing of central government finances, to supervise compliance with the Fiscal Policy Act and the provisions issued under it. In order to carry out its supervisory task, the NAOF has assessed the draft budgetary plan and the materials on which it is based, including the Government’s budget proposal for 2020, the General Government Fiscal Plan for 2020–2023, and the economic forecast by the Ministry of Finance on which the Plan is based.

According to the assessment published by the NAOF in November, Finland risks violating those rules of the preventive arm of the EU Stability and Growth Pact which aim at ensuring stable general government finances. The fiscal policy monitoring report includes more detailed analyses than the November assessment for instance of Finland’s compliance with the EU fiscal policy rules. 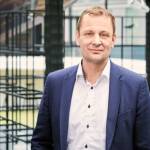 On a leave of absence until January 15, 2021 leena.savolainen@vtv.fi

The task of NAOF is to monitor compliance with the Fiscal Policy Act (869/2012) and the provisions issued under it and the setting and implementation of the rules steering the Government’s fiscal policy. The monitoring promotes transparent and intelligible fiscal policy regulation and stable and sustainable general government finances.

The fiscal policy monitoring report 2019 of the National Audit Office has now been published in full.