The reduction in the number of offices in the TE Office (public employment and business services) network and the introduction of service lines did not improve the employment rate or customer satisfaction in the years following the reform. The Ministry of Economic Affairs and Employment should, together with the TE Offices, continue to develop the services and operations and make sure that the development of the operations can be monitored reliably.

The audit was targeted at the reform of the TE Office network in 2013 and the service-line-based service model introduced at TE Offices in the same year. The reforms were part of the previously launched comprehensive TE Office reform.

The purpose of the audit was to assess whether the office network structure according to the 2013 TE Office network reform and the model based on service lines had improved the operational performance and efficiency of TE services as planned. Another aim was to assess whether the reform of the office structure had improved the employment rate. The audit also examined whether there had been problems in the implementation of the reform and how they had been managed and solved.

The TE Offices consider that the weaker results were caused by the fact that the TE Office network reform and the service model reform were implemented at the same time that the resources were cut down. The National Audit Office recommends that the Ministry of Economic Affairs and Employment should, together with the TE Offices, assess whether the TE Offices should be reorganized and make the necessary changes to enable best practices to be spread across the country.

The TE Offices’ service process should continue to be developed, taking into account the customer needs and employment targets, as well as the development needs related to information systems. The Development and Administrative Centre for the ELY Centres and TE Offices (KEHA Centre) should present the key performances of TE Offices and related key figures for operational efficiency in the financial statements to enable the development of the operations of TE Offices to be monitored from year to year. 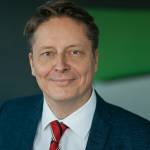