Based on the audit conducted, fiscal statistics are reliable and provide a good basis for fiscal policy-making. They are produced in compliance with the common EU guidelines.

Fiscal statistics are subject to extensive and systematic quality assurance. Eurostat and its quality assurance work have a key role in this. There is broad cooperation within the European Union in the production of fiscal statistics according to the national accounts. In practice, however, the cooperation is steered by the European Commission and its Directorate-General Eurostat. The activities are also steered to a great extent by EU legislation.

The responsibility for the collection of data on local government finances was transferred from Statistics Finland to the State Treasury starting from the statistical year 2021 as part of the overall reform of the collection of data on local government finances. From the statistical perspective, the early stages of the reform have not succeeded in full. Comparing the present quality of data with the previous one is not fully possible, as the new model covers more extensive information needs and also collects data that were previously not obtained in order to meet the data needs of several actors.

The data collection reform has been partly justified by cost savings. However, the amount of savings was not assessed sufficiently at the preparatory phase, nor has it been monitored after the transfer. In connection with the reform, Statistics Finland discontinued the production of statistics on local government finances. However, such statistics continue to be needed. 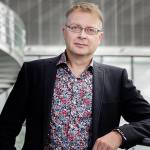